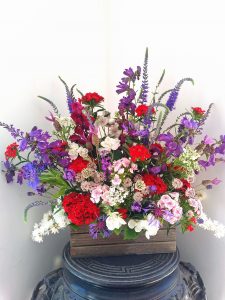 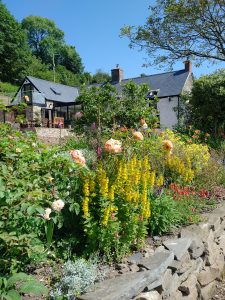 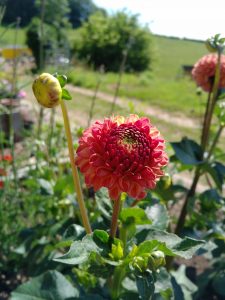 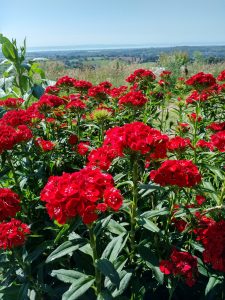 It’s the time of year for Elderflower cordial. I can smell the flowers as I walk by the trees at the moment and the fragrance is so evocative of summertime – fresh and sweet. 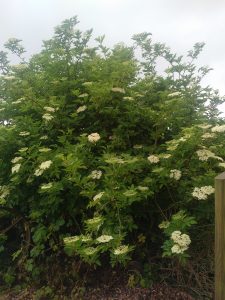 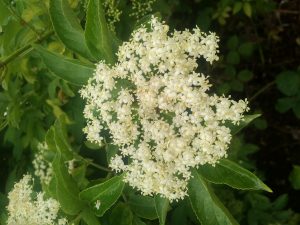 The recipe is very easy, but there are a few tips I have picked up over the years to ensure you get super sweet, fragrant cordial. This is good for mixing with juice or water, or (of course) Prosecco. There is also a gin cocktail which is a favourite of mine. Recipe below. 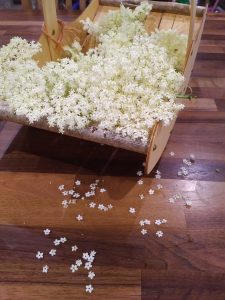 Zest and juice of one lemon

Always pick the flowers on a dry day and in a clean place, ie. away from a busy road.

Don’t wash the flowers, but give them a good shake to get rid of any bugs/debris. 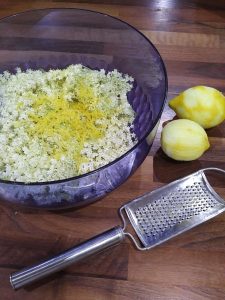 Place the flowers in a large bowl (I usually trim mine from the stalk with scissors and with half inch of stem).

Add the lemon zest and pour on the boiling water. Cover with a cloth and leave for 24 hrs, stirring occasionally.

Using a sieve, strain the mixture into a jam pan or heavy bottomed pan. Muslin or coffee filter papers are good to use at this point, as there are still sometimes little bugs that get through.

Add the sugar and bring the mix to the boil, then turn the heat down slightly and stir until all the sugar crystals have dissolved. It’s up to you how thick you want the syrup now. Thicker is good for pouring on ice-cream/ yoghurt etc.

Decant into sterilised bottles. The syrup should keep in the fridge for a few weeks, or you can pour into ice cube trays and freeze.

Tonic or lemonade or soda

Pour over ice and lemon and enjoy